Now this is no woe is me post. This is a post about however much I know that it is harder for him. It is bloody hard all round.

As an autism mum my tolerance levels are probably as high as they come. I don’t break easily but at the same time I can still 3 years later cry my eyes out at the drop of a hat. Tonight has seen many hats drop.

Bedtime for Sam starts whenever he says it does. Tonight that was 5:30pm. He was awake 2-6 last night so I had a vague hope he would be asleep much earlier than this. It’s 21:42 and he’s still awake.

When I say bedtime, the only thing resembling bed is we are in our pyjamas sat in my bed watching tv. It’s his safe space, has been for months but he has to have me with him. We sit in the dark because he doesn’t want the lights on. That’s fair enough, it needs to be darkish for him to sleep whenever he deigns to.

So, I’ve been in this bed for 4 and a bit hours and I’m bored. I’m also at the end of my patience. When Sam is tired he’s taken to ripping my hair again; and I in the vain hope of repetition being an answer, I get up when he does this and leave the room, or try to. My thinking is telling me if I leave often enough he may stop? 😔 He isn’t doing this to hurt me specifically I’m sure. I’m there, where he needs me. But it does still hurt. He screams, tries to smash his head into the wall and he’s getting more and more upset, so how can I conceivably teach him that lesson if it increases the chance of him harming himself? Me trying to leave adds a level of devastation to his already fractious state and I can’t do it for more than a few seconds, then I’m back again for the next round.

I’m getting more and more confused. When he’s not going for me I’m trying to keep language down, face him, offer him my arm to snuggle into. Everything that normally is what he wants is causing him more stress. I can do no right. Only wrong. His face shows heartbreak and I want to help him but he can’t seem to let me.

He scripts while he’s doing all of this. He screams, “we did it!” Which is what we say every morning going into school. The problem is he needs me to match his pitch, and tonight his pitch has been manic; for lack of a better word. Connor for the first time in ages has been trying to get to sleep since 9 and I can hear him getting distressed. Upstairs at ours is at peak decibel level.

My main problem is because nothing I know to work has been working, what do I do? He’s tired. I know that and these meltdowns have happened every night recently. My guess is he is resisting sleep for as long as poss but it’s having this effect.

And all the while after a few hours of it, I’m losing my shit. I’ve had enough and my scalp hurts like hell. And I cry. I can’t do anything else.

What can I do. I can’t do this every night, Connor can’t be expected to do this every night. We live in a small 3 bed. No one can escape the noise. And while I can be patience personified when it comes to my beautiful boy, when it’s repetitive and I know it’s coming round again, honestly I’m more like ‘ah shit, I’m gonna lose my mind’

Like I said before this is no tale of woe, this is real life. And Sammy, his little head must be wanting to explode. What do I do? How do I get him to listen to me so I can try to explain or can’t I? Should I not do that? I really, really want to know.

Christmas is coming and I’m working late nights at the weekend and as with the frequency of these nightly occurrences, every time I go out Sam has taken to trying to scratch Stu’s eyes out. He’s going for him, yet he happily gives me a kiss and says goodbye when I leave. For real. It might sound bizarre but Sam isn’t a kid with malice on his mind. I’m sure of it. But why is he switching it up like that? Again, I really really want to know.

Thanks for listening to my wallow, it’s 22:27 and I’m downstairs with a baileys ready to shake it off and start all over again tomorrow. Because that’s what we do. It’s what all of us including Sam do every day. It’s family. I still want answers though. Any ideas and suggestions please send them to P.O Box blah blah blah or send me a comment. Thanks 💙💙💙 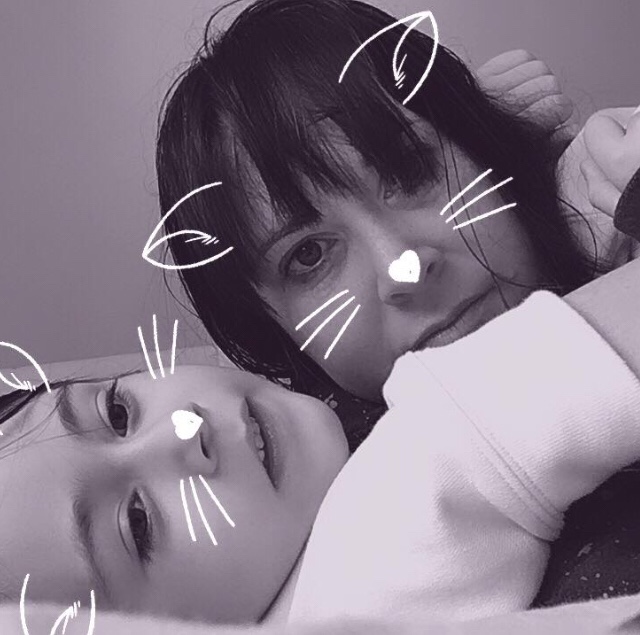 4 thoughts on “When you need answers but don’t know where to find them.”