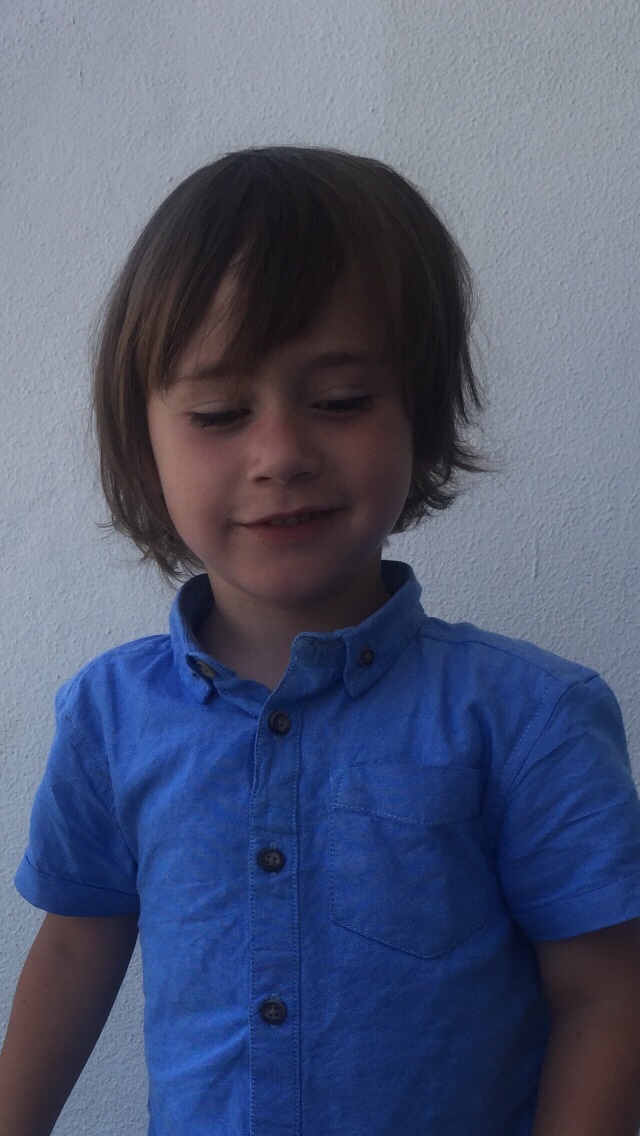 I’ve been thinking about autism. For a change!! More specifically what it means to me. A non autistic person. A mum of a child with autism.

The following is The National Autistic Society definition, and it sums it up as simplistically as anyone could. If you google ‘what is autism?’ It tells you it’s a ‘mental’ condition. Bravo on the forward thinking choice of word there. I thought we stopped calling people mental a while ago!! I think I’ll stick with the NAS one, thanks though…

Autism is a lifelong developmental disability that affects how people perceive the world and interact with others.

Autistic people see, hear and feel the world differently to other people. If you are autistic, you are autistic for life; autism is not an illness or disease and cannot be ‘cured‘. Often people feel being autistic is a fundamental aspect of their identity.

Autism is a spectrum condition. All autistic people share certain difficulties, but being autistic will affect them in different ways. Some autistic people also have learning disabilities, mental health issues or other conditions, meaning people need different levels of support. All people on the autism spectrum learn and develop. With the right sort of support, all can be helped to live a more fulfilling life of their own choosing.’

What is autism to me?

Having a child who’s just like your typical boy or girl, but a child who has considerable difficulties in other areas. A child who can mask their struggles at school for instance, then in the privacy of their own home they can let out what they have been focused on holding in all day.

If a tree falls with nobody there to see it. Does it make a sound?

If a person with autism curbs their natural instincts all day at school but can’t bear to hold it in any longer when they get home. Does the meltdown still happen?

Yes it really does, but in their safest environment in front of their most trusted people, those meltdowns happen.

Autism is so complex, I believe you can know the basics. The principles so to speak. I’ve read so much, looked into all sorts of therapies and ideas. I’ve forgotten a lot of what I’ve read and that’s because the spectrum to me is Sam.

His evolution from aloof, confused little boy at diagnosis to the very noisy, messy pre verbal bundle of chaotic joy is his autism and his alone. Pure and simple. My boy, like all children is a box of complexities any given day. Unlike NT (neuro typical) children, Sam doesn’t come with instructions. I know any parenting is hard but when raising Connor we stuck to the age old passed down through the generations parenting manual. It worked mostly. He’s an amazing nearly 13 year old.

With Sam, my neuro typical brain at times feels like an ever changing algorithm trying to keep up with Sam and what’s going on inside his head.

The key is adapting to the ever-changing conditions.

And that, my friends is nigh on impossible. Unless you are a super computer or autistic yourself. As parents especially of non/pre verbal children, this can be a terribly stressful thing to witness. Not knowing what your child needs from you, if anything at all is heartbreaking. Especially because as parents, we are programmed to want to help, to ease the pain. I hope for the day Sam can tell me the whys and what’s of his own unique brand of autism.

I can ask advice from lovely friends and family and I offer it freely in return, but I don’t really know much apart from my own experiences; and often that’s going to be very different from yours.

What else is autism to me?

Autism to me as a parent is being invited with open arms into a secret club where not everyone knows your struggles but offers unconditional guidance anyway.

Not the other way round. It’s the only autism I know without exaggeration.

He doesn’t communicate very well, but is getting better. He screams if something isn’t right. He bangs his head if overwhelmed. He lashes out sometimes not with the aim to hurt but because it releasing some inner turmoil (my interpretation 🤔)

He eats like a bird. Not much at all really. Small portions. He eats sausages, chips, burgers and chicken nuggets for tea on rotation and loves ice cream. Brioche need to start giving us a discount we buy that much. He only eats one brand. Pitch! Or blue brioche as he calls it. He eats 3 or 4 a day! 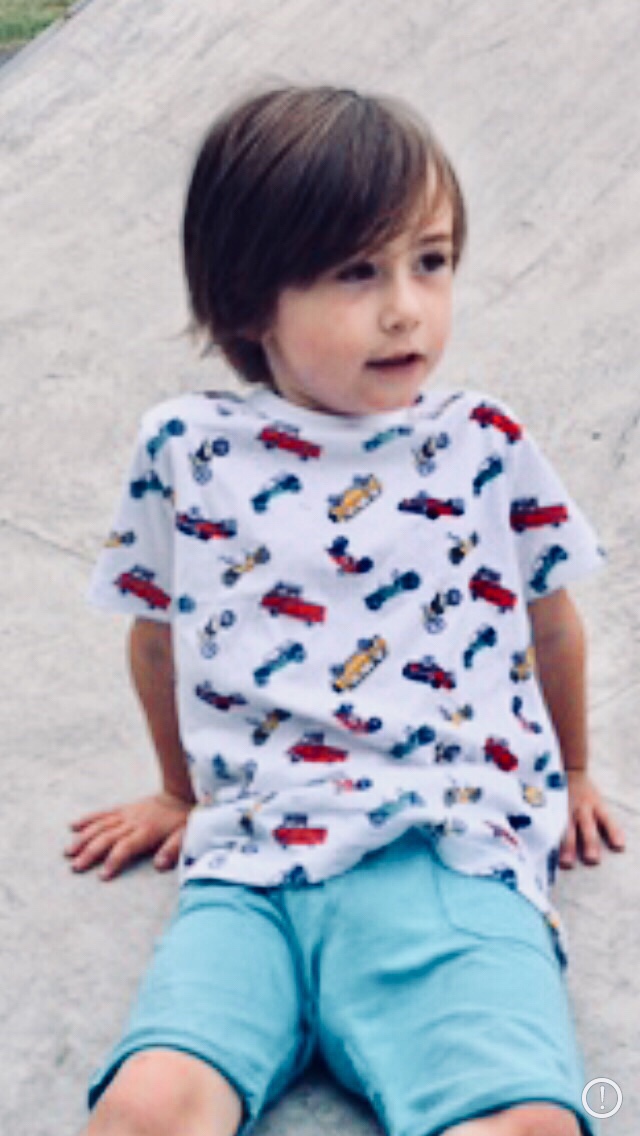 Sam can play games, play with his cousins and his brother. He is funny, and a little trickster-puckering up for a kiss then licking my face at the last minute!! He sings Disney jr songs with me, doesn’t dance though. He puts his hand over my mouth when he wants me to shush! He loves nothing more than messing about with his dad for an hour or more, standing on his shoulders or running and jumping up to him. Or the new game is throwing the dogs ball then chasing him round and round while trying to climb on his back to ride him like a miniature horse 😬

He is a wind and rain lover, he loves mud and getting filthy. He can sit in the rain for as long as I’ll let him. He doesn’t like baths until he’s in them, or brushing his teeth. He has an elaborate handshake system he does with Connor that is getting longer and longer. If you come to visit then say goodbye he gives everyone a hug, and a kiss on the lips. He says good morning when we wake up now every day. He loves smelling my hair. He is often up to mischief, painting his face with nail varnish or paint. Putting a tub of Vaseline in his hair or repeatedly putting a moving Thomas train in his hair until it’s tangled! You name it he’s up to it!! He stims when he’s happy, a bit of tippy toes but mostly moving his hands back and forth and close to his face.

An autistic friend I’ve met on here told me to stim with him. See what happens, I think he likes it. He often uses his hands up close to gauge distance I think (probably not) I bring my hands close with his and it seems to give him more than his two hands could do. Difficult to explain that one but I’m pretty sure he enjoys it.

All of this. That is what autism means to me. 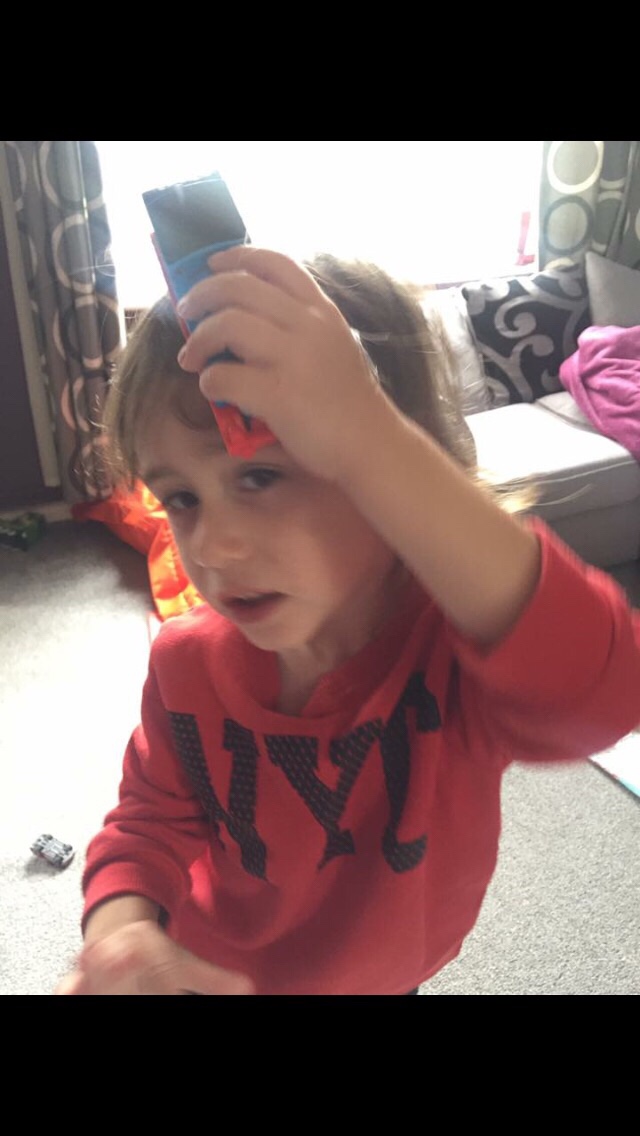 He is very special to us. He has autism. He is Sam 💙