I’m constantly striving to be the perfect autism mum when in my heart I know there’s no such thing. Maybe that’s my definition of insanity. Or not, what it boils down to with me is trying to get everything right with Sam, to avoid him becoming stressed, but I make mistakes all the time. I think I probably always will. I know when I’ve done or said the wrong thing less than a second after Ive done it. I chastise myself, especially when it becomes problematic and escalates beyond my control.

One of the first autism courses I did explained that social communication with Sam has to take time. He can’t process information or a request the way we do. Our brains are wired to give the answer (if we know it) immediately. Sams brain can take 10 seconds or longer to process that same information.

Stop what you’re doing for 10 seconds and follow the second hand on your watch. It’s a really long time, and we live in a world where an answer is as fast as your broadband speed!

So I’ve learned to wait. For him.

I often say that face makes me putty in his hands. But it’s not just that. He is so very loving and funny and sweet natured at his core. It’s so hard seeing your child struggle with something you can’t begin to comprehend.

As a neuro-typical person, I am practised at giving Sam that time but I don’t think I can ever train my brain to do the same. So sometimes this mixture of brains gets us into some trouble.

Sam has had a really tough time recently, and it’s put a big strain on us at times, he’s self harming using his head against brick walls and a new one is he’s actively seeking me out to harm me. Scratches and pulling hair are his main ones. My friend pointed out me running around the coffee table to get away was reminiscent of a Benny Hill sketch- queue the theme tune!!

When he’s in full meltdown I can’t,however, dodge him. I’m his safe place. Just me. So why do I have to be that person for him?

1. When he’s hurting me, he’s not wanting to hurt himself.

2. He might be in full meltdown but he needs me close, right next to him, so even if I wanted to get away; I need to be next to him to again, keep him from hurting himself.

It’s probably the most emotionally draining part of being a parent, but all parents would put themselves in harms way if it means keeping their children safe.

So Sam has seemed to decline quite a bit over the last three weeks. It could be a developmental jump as he tends to struggle before he makes a positive change or it could be the weather. The uk hasn’t seen weather like this for years, and we don’t have air con in our houses so it’s bloody boiling. He asked for rain last night!! Or it could just be him changing His behaviours as does happen with our children. I really hope it’s not. Some parents deal with a level of violence from their children that I couldn’t even begin to imagine and they get through it. They cope, but I don’t want to. I know that may sound selfish but it’s how I feel. I’m just about getting by as it is.

I need the old Sam back!! Of course I adore him, but if I could change one thing it would be to take away those parts of him that he can’t control. It hurts him emotionally, I can tell. 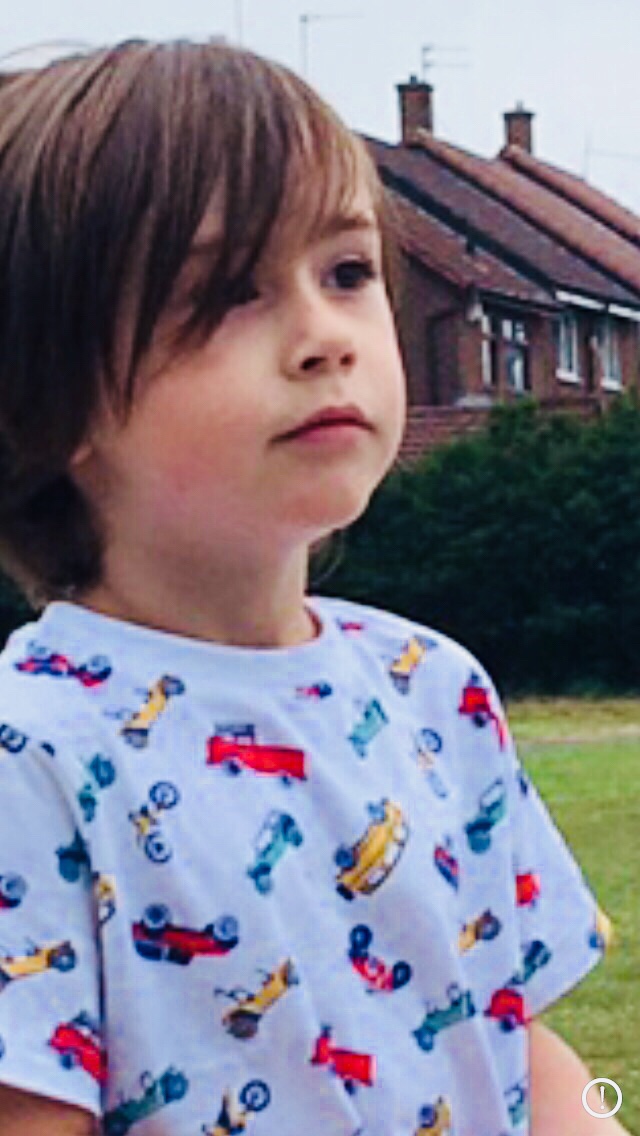 I was brought up with minimal discipline, so we’ve done the same with both of our boys. maximum hugs and kisses and lots of I love you’s.

When you add autism into the mix though you need to forget everything you know, or think you know and you need to start from scratch (literally and figuratively is true in our case 😬) this has proved really hard especially when Connor comes into play. Our house went nuclear on Sunday, Sam aiming his head at exterior brick walls, me trying to restrain him and my poor 12 year old baby Connor to get his own voice heard screamed ‘shut the fuck up’

Now I love a good swear word, I swear like a sailor home from sea for a night on the town. I have favourite swear words ffs 🤭but we don’t swear in the house or in front of the children so for Connor, my beautiful, caring, shy, polite young man to do that, told me all I needed to know about the direness of the situation. And when it was over ‘a good hour or so later’ and Sam was asleep from the adrenaline crash and my brother was on his way with his wife to take Connor for some peace, I crashed, like I’ve not before. And I lost my temper at the unfairness of it. So I went to the pub. Had a couple or 4 shandies and I cried. I cried for myself, for Stus complete helplessness, for Connors at times really shit life. And for Sam, because if that’s what it did to my head it’s beyond my brains comprehension what his little head and body go through in those moments.

I can say all the rights things, I can advocate for autism, I can fight for my son to receive his fair share. Sometimes things go wrong and I end up fighting a losing battle.

No that’s not right, what my little breakdown has taught me is that it’s a battle I can’t win in the first place. I can try to avoid meltdowns and I can try and make Sams life as easy as possible but he’s always going to have autism, and sometimes the hardest parts interrupt him for a while. He’s the one sometimes at war with feelings he has no control over. So all I can hope to be is his general and his medic and his comrade in arms. I’ll be his teammate and his mum forever and always. 💙❤️