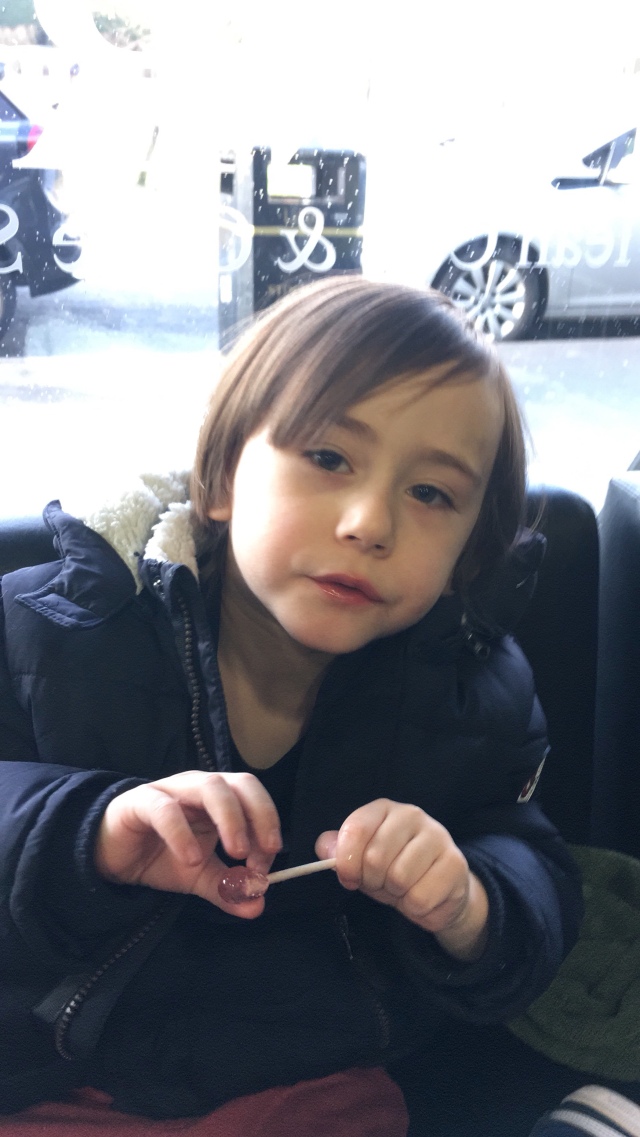 Because Sam doesn’t talk. I have to be his voice. I can’t ask him his opinion I have to make his decisions. You know what’s best for your children but when the people holding the purse strings say something else to what you believe is right and they have zero intention of backing down you go into battle mode. I’d never had to do this before. At the beginning of last year Sams nursery teacher, his TA, his Senco (special educational needs coordinator) myself and Stu along with some other professionals came to the consensus that Sam would benefit from an extra year in nursery. To defer starting school until September 2018. This started as a very simple email from me to our local authorities admissions department stating my reasons for him not starting school. This was accepted and that was that. Job done, time to relax for a year and a half.

Some children with special educational needs have a care plan. An EHCP (educational health care plan) its a lot of paperwork. A small portion compiled by me stating Sams needs and a lot of evidence gathering from the school senco and his team. Reports from an educational psychologist, speech therapist, ot, key worker and paediatrician. This gets sent off to the council to be decided what level of funding he would receive. Sams school has an outstanding ofsted report. They are a bloody good school with an amazing resource provision for ASC children. There are only 7(I think) spaces available in the provision throughout the six class years. One was becoming available in sept 2018 and we and the school wanted it for Sam. For that to happen the council needed to agree his EHCP. The EHCP is a legal binding document and it’s what we needed.

In August I got a call from a lady at Cheshire east saying his plan had been granted and he had been approved 25 hours. Followed by a lot of jargon I told her I didn’t really understand. School speak. Council speak that unless you work in the industry is legalese type stuff. I ended the call really happy that we’d got what we needed. The following day I got a call telling me something I’d mentioned about the deferral had set off alarm bells and new legislation meant Sam had to start school in January with a 1-2-1 but with no provision place. I was very upset and extremely confused at this sudden about face and asked what is the change in legislation. She said she’d get back to me as she wasn’t sure. It had come from her manager. To this day she still hasn’t told me. That is because it doesn’t exist! They were trying to save money and blindsided me with mumbo jumbo that at the time I didn’t understand. Normally when you apply for a school place; you do exactly that. You apply, get your hopefully chosen place then that’s it. With additional needs children it’s a minefield. It should be easier but as my anxiety levels over the following 5 months will attest it was not. As it was the summer holidays I had no one on my side to liaise with. Luckily our lovely senco picked up my emails and did her best to appease my worries. When I got the final plan in the post I refused to sign it.

What happened between August and late October made me sick with nerves. It sent me to the doctors with stress. The send team at my council refused to answer my many points about Sam not being ready. (Bear in mind he’s still in nappies, doesn’t talk and can’t be left unsupervised) these people wanted him to sit down in class in January and start reception. He won’t even hold a pen!! What difference will 6 months make? They said. How about allowing him to be in a free play environment? How about allowing him that extra time to develop as far as he possibly can in the time given? These were all points made that were brushed aside. Sam understands a lot. I’m sure of it. His cognitive ability however puts him at about 20-24 months of where he would be. I saw that as putting a two year old into school. That’s my reason for holding him back. I have sent so many emails to that department probably close to 40 emails where they disregarded all of my points with the quote ‘we at the council believe children should be educated alongside their peer age group’ Nevermind that children born three months after Sam without additional needs are allowed to defer as summer born children! What! I just couldn’t get my head around it. One quote was ‘unless you can provide more evidence our decision won’t change. I felt like I was going mad. I’m going to praise the team at that school again for their support of me. Especially during October when all the back and forth was going on. They’d let me keep them while I cried my heart out at the blatant unthinking and unfeeling responses of the people who do this as a job. They didn’t appear to care that though this is business to them, a name on a file, a monetary figure to be distributed to the school; this was my boy. This was never going to be anything other than deeply personal to me. And the fact they were so disinclined to listen to me made me furious. So yeah, I kept bombarding them with emails. I kept asking them what the change in legislation was. One woman pointed out to me that ‘he is not my only case Jodie.’ Well I’m sorry love but he’s mine!! Educational professionals are not allowed to write what they personally see/think in reports. They only write the details of the child’s behaviour/attributes. I think this is so everything can be left open to interpretation. To best suit their wants. It’s shit. And it made me question my strength in what I was doing. There is so much more to write here but I’d only be doing so to get it down on ‘paper’. I told the council I would not sign and went through the due process of submitting a tribunal appeal. There was no point appealing, they’d already told me they wouldn’t change their minds. 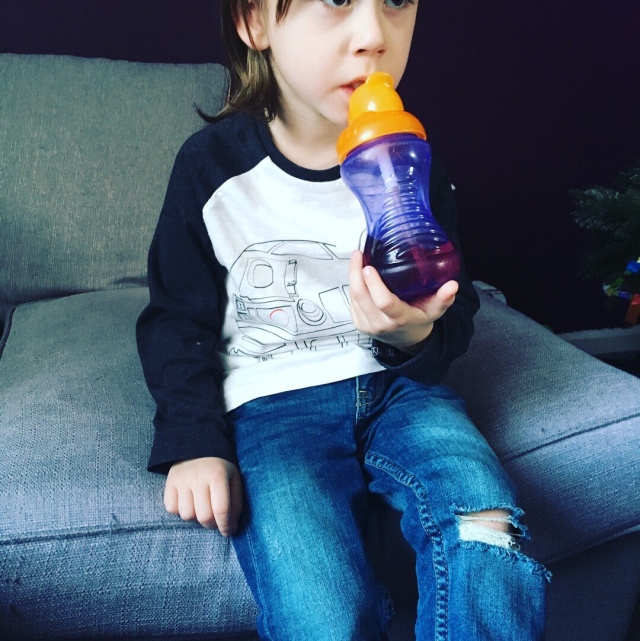 Once that was done and the date set for this March I put it to the back of my mind as best I could. We kept Sam in nursery and he’s still there. This morning I chatted about the situation with the ladies at school as no one had heard what the council were planning until the tribunal date given that in their plan he should have started school already. Then as I walked through the door at lunchtime having just picked up Sam. I got an email from the councils local authority officer dealing with my appeal at the tribunal and it said… ‘I have looked again carefully at your case and the local authority has reconsidered the position.’ They backed down!! We won!!!!!!!! I can’t believe it. I’ve had the biggest smile on my face all day. He’s getting the resource provision place which we wanted all along. And he can stay in nursery until September 🙌🙌🙌🙌🙌🙌

I’m not going to dwell too much but I can’t help thinking why the fudge did they put us through this? Why make my already sometimes difficult life hell for the past 5 months. I used to be ours councils number one fan. I praised them for their treatment of us since we got diagnosis. But the speed which some of the special needs professionals who have worked with Sam left us to face this alone has left me very cold. Because they are LA employees they have to stand back? I’m so cross that families are put through so much stress for little to no reason whatsoever. Some people may not know what they can do to help their circumstances. Special needs children often don’t have a voice of their own so it is our duty to protect and serve those interests with everything we have.

I am, however so very grateful to the people who have propped me up. My family, our team at school, my friends the best friends I could wish for. You kept me sane at a very maddening time!! Thank you ❤️

As a parent (nearly at the finish line, keep going if you haven’t given up yet 😳) you expect to protect your children. You are there to serve their best interests. I’ve never faced anything like this before and I hope I never do again. But I know for sure that if it comes to a fight. Get scrappy!!

*I got cakes to celebrate but Sam took them all!! 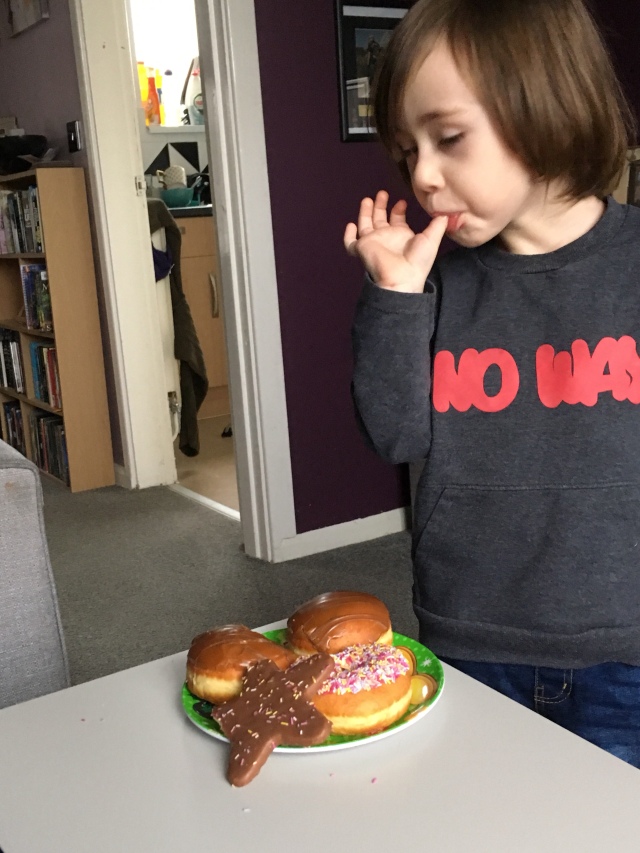 **edit: I wrote this blog a year ago now and I’d just like to say, making the decision to defer was easy. What happened afterwards was not. When it comes to making difficult decisions for your child, never let anyone try to make you back down. You know them best. End of. Since being in the provision full time Sam is so much happier, his communication during the extra time in nursery more than doubled. Because he knew where he stood. We fought for him to have that time. He doesn’t know anything of the fight. He doesn’t need to. He just needed to be allowed to bloom as he continues to do so AT HIS OWN PACE. ❤️**

3 thoughts on “I’ve got your back kid; let them come.”